The above diagram shows the 2:1 MUX between SATA Port 1 and the M.2 connector. The M.2 SATA bus is shared with SATA Port 1, therefore if you install an M.2 SATA SSD card, SATA Port 1 (J3) will automatically get disabled. The power delivery of the HDDs is devided into two group:

Helios64 implements a power staggering approach where HDD Rail A will be powered up first, then few seconds later HDD Rail B will be powered up. This power control scenario is performed to reduce the inrush current during disk spin-up.

The power staggering mechanism is not user configurable. It is done by the bootloader.

As part of Helios64 official enclosure, an HDD/SSD harness is provided to connected both SATA + Power signals between Helios64 board and the 5x HDD slots.

Below the wiring diagram: 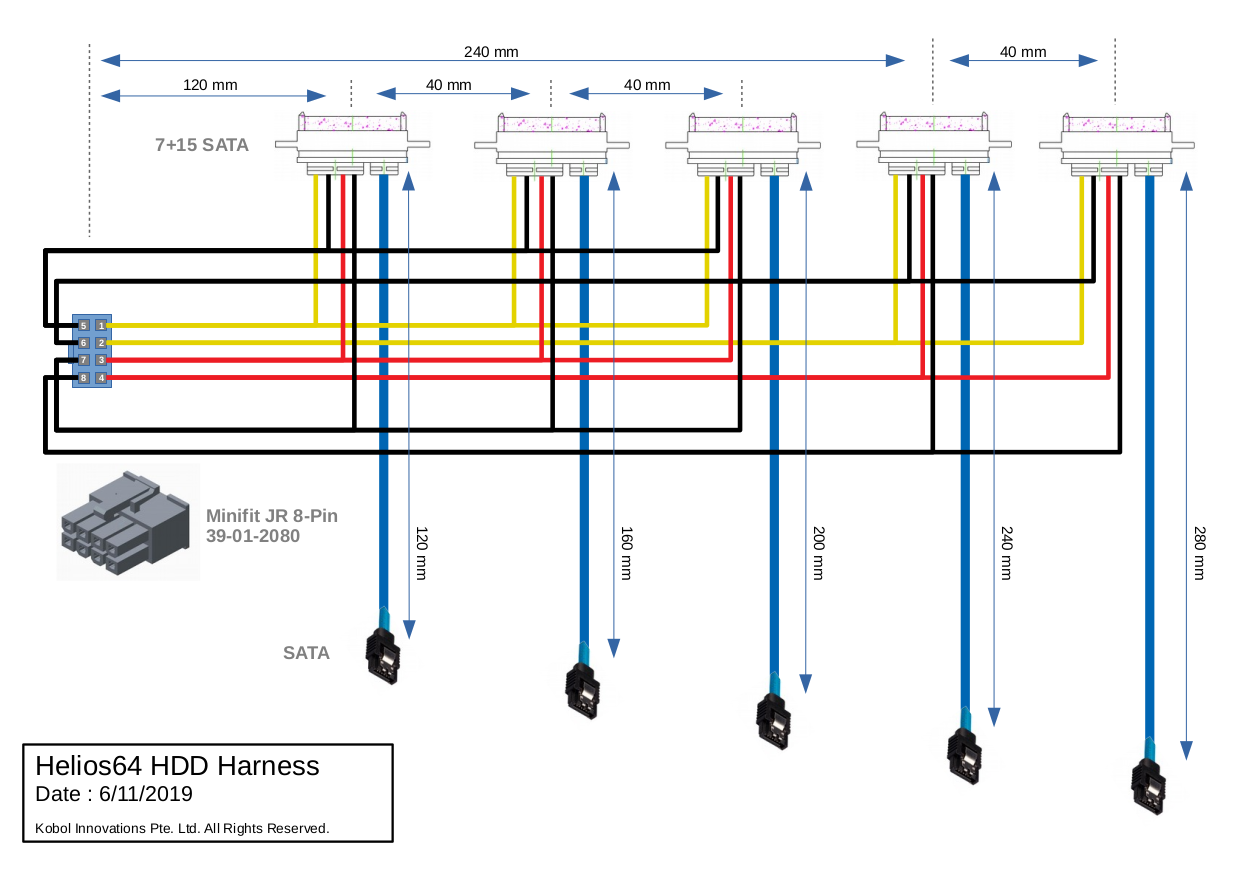